Animal experiments in research are a controversial topic. However, institutions such as the Leibniz Institute on Aging – Fritz Lipmann Institute (FLI), which researches the biological basis of aging, are dependent on experimentation with animals. Because of this, the Institute has a responsibility not only towards these animals, but also towards the public. For this reason, the FLI has now signed the Initiative for Transparency in Animal Experimentation.

Initiated by the German Research Foundation (DFG) and the Alliance of Science Organizations, the Initiative for Transparency in Animal Experimentation (Initiative Transparente Tierversuche) (in German only) was launched almost a year ago, on July 1, 2021. In the declaration, research institutions commit themselves to providing transparent information about animal experiments and to helping shape the public dialogue on research involving animals.

The Leibniz Institute on Aging – Fritz Lipmann Institute (FLI) is committed to these goals. Therefore, the Executive Board of the FLI signed the Initiative on April 27, 2022. “In a controversial subject area such as animal experimental research, transparent information about scientific work and an open exchange of views on the choice of research methods as well as ethical responsibilities are particularly important,” as the declaration’s preamble states.

As one measure, the FLI recently expanded its website on the topic of animal experiments and animal welfare. On numerous pages, visitors can learn how mice and fish are kept at the FLI, about the reasons why scientists conduct experiments with these animals, the rules and laws according to which this is done, and how we ensure that animals suffer as little as possible.

At the FLI, all scientific experiments serve the aim of better understanding how biological processes change with aging. This includes changes in stem cell functionality, tissue homeostasis, regenerative capacity, and the microbiome. As far as possible, researchers at the FLI use alternatives to animal experimentation, such as experiments using cell cultures or computer models. However, because aging is a process that affects the entire organism, many questions can only be studied using animal models. 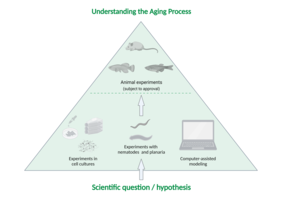 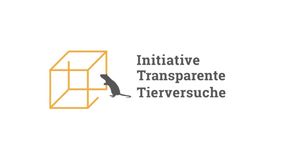