On September 19, at 10 a.m., neuroscientist and physician Michael E. Ward will present current research from his research group at the National Institutes of Health (NIH), USA. The focus is on elucidating the cellular and molecular mechanisms that are responsible for the development of neurodegenerative diseases.

Michael Ward's research group is investigating the cellular and molecular mechanisms underlying two related neurodegenerative diseases: frontotemporal dementia (FTD) and amyotrophic lateral sclerosis (ALS). Recently, using neurons derived from reprogrammed stem cells (iPSC), the research group was able to show that the transport and translation of RNA into proteins at sites in the axon far from the nucleus is essential for neuronal functions. In this process, so-called RNA granules are transported over long distances by making use of lyosomes, another type of cell organelle. This process is triggered by a protein produced by the gene ANX11, which is associated with the disease ALS. Therefore, Ward suspects that the malfunction of local translation contributes to the development of ALS.

Michael E. Ward has been conducting research at the National Institute of Neurological Disorders and Stroke in Bethesda, Maryland, USA, - part of the NIH - since 2015. The long-term goal of his lab  is to develop a therapy for neurodegenerative diseases. In addition to his research, the physician and neuroscientist sees patients at the NIH clinic in Bethesda. He also leads the iPSC Neurodegenerative Research Initiative (iNDI) , which aims to improve and standardize cell models for research into Alzheimer's disease and other forms of dementia. 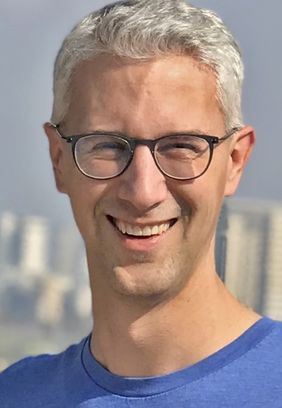 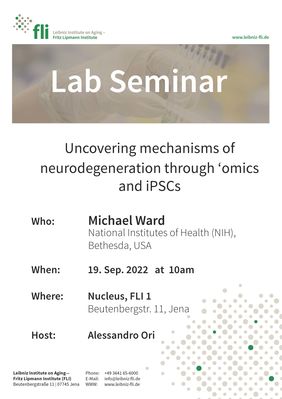