At the annual meeting of the German Stem Cell Network (GSCN) in Münster, Claudia Waskow, research group leader at the Leibniz Institute on Aging – Fritz Lipmann Institute (FLI) and Professor of Immunology of Aging at Friedrich Schiller University Jena, was appointed as the new president of the GSCN. In her two-year term, she intends to expand networking with researchers in Europe and worldwide, further strengthen the GSCN’s promotion of young scientists, and provide greater visibility for women in the field.

Jena. The German Stem Cell Network (GSCN) is the platform in Germany for scientists working in the field of stem cell biology. It was founded in 2013 by twelve stem cell researchers and now includes more than 400 researchers and over 30 research institutions and companies. Prof. Dr. Claudia Waskow was appointed as the new president of the GSCN at its 10th annual conference in Münster from September 13 to 16, 2022. The immunologist, who heads the research group “Regeneration in Hematopoiesis: Immunology of Aging” at the Leibniz Institute on Aging – Fritz Lipmann Institute (FLI) and specifically focuses on hematopoietic stem cells, takes over from Prof. Dr. Hans R. Schöler, Director Emeritus at the Max Planck Institute for Molecular Biomedicine in Münster.

Networking is of paramount importance for stem cell research

“The GSCN is the only organization that links stem cell researchers from all disciplines across Germany,” says Claudia Waskow. “This is of paramount importance because stem cell biology is a cross-sectional field involving researchers from a wide range of disciplines. The annual meetings and other networking formats result in fantastic collaborations. The GSCN is also an excellent hub organizing and coordinating public outreach aiming at informing and educating the public about our research – I want to help shape these key activities as president.”

Claudia Waskow has set three priorities for her two-year term from 2022 to 2024. First and foremost is the expansion of collaborations at the national and international level. “We already work very closely with regional networks such as the Stem Cell Network in North Rhine-Westphalia. I would like to push this for comparable organizations in Europe as well,” says Waskow. In addition, the mentoring program, which started a year ago with five mentees, will be a focus of her presidency. “I would like to expand the program launched by my colleagues Marieke Essers, Insa Schröder, Germán Camargo Ortega and Karin Höhne to support young scientists.” Claudia Waskow also wants to intensify her networking activities to promote female scientists: “I want to help ensure that women in stem cell research have equal opportunities when it comes to appointments. This includes increasing the visibility of women in stem cell research.”

Claudia Waskow has been shaping the work of the GSCN for many years. She has been part of the Extended Board since 2014 and has been on the five-person Executive Board for the past two years. Together with the Executive Board, Claudia Waskow will steer the strategic direction and activities of the network as President, supported by the administrative office, which is located at the Max Delbrück Center in Berlin.

At the Leibniz Institute on Aging – Fritz Lipmann Institute (FLI), which has been a member of the GSCN since 2014, one of many topics of research is the fundamental mechanisms of stem cell regulation. This involves, for example, the question of how the organism decides whether hematopoietic and neuronal stem cells differentiate into different cell types of the blood or nervous system, respectively, or whether the stem cells self-renew. “These are the big questions that concern us stem cell biologists,” says Claudia Waskow. “If you understand the regulation, you could support regenerative processes in the body, either by transplanting stem cells or by trying to influence their regulation in the body.” Hematopoietic stem cells and immune cells, which are at the center of Waskow’s research at the FLI, are already routinely used in the treatment of many hematological diseases to support vital hematopoiesis. 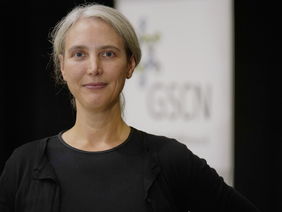