The internationally renowned aging researcher Prof. Dr. Alessandro Cellerino of the Scuola Normale Superiore in Pisa, Italy, was honored with the Leibniz Chair of the Leibniz Association for his longstanding cooperation with the Leibniz Institute on Aging – Fritz Lipmann Institute (FLI) in Jena. A Leibniz Chair is awarded to excellent researchers and reflects the successful and close cooperation of the researcher with a Leibniz institution. The honorary appointment is made for the next five years.

Jena/Pisa. The Leibniz Institute on Aging – Fritz Lipmann Institute in Jena has been closely and successfully cooperating with the aging researcher Prof. Dr. Alessandro Cellerino of the Scuola Normale Superiore in Pisa, Italy, for several years. Prof. Cellerino was the first to propose the short-lived Turquoise killifish (Nothobranchius furzeri), a fish with a very short lifespan of only 4 to 12 months, as a new model organism in aging research. This fish originates from South East Africa and develops similar aging problems as old people, albeit much faster.

Since the pioneering work of Cellerino, N. furzeri is known as the shortest-lived vertebrate that can be kept under laboratory conditions, making it a perfect animal model for the analysis of aging processes in vertebrates, including humans.

Dr. Cellerino, who has been guest scientist and - subsequently - junior group leader at FLI, started to establish this model organism for aging research in 2005. Together with FLI researchers Prof. Dr. Christoph Englert and PD Dr. Matthias Platzer, he developed the short-lived fish into an innovative animal model in aging research. The three group leaders have been honored for their work with the Max Bürger Award of the German Society of Gerontology and Geriatrics in 2010.

By the end of 2015, the joint FLI activities reached another scientific milestone: The nucleotide sequence of the N. furzeri genome was deciphered and genes were identified as being responsible for the fast aging process of the fish. With this freely available genome resource, scientists around the world may now generate targeted mutations to investigate the relevance of single genes for aging or age-related diseases. This represents the basis for future genetic analyses of the aging process in vertebrates.

Considering the current demographic change, with increases in human life expectancy and - consequently - longer periods of life with disabilities in old age, the establishment of N. furzeri as model organism in aging research is an exceptional achievement. The international scientific community acknowledges the important contributions of Cellerino, who is now professor at the Scuola Normale Superiore in Pisa, Italy. An indication of this are the numerous publications in renowned journals. Furthermore, the research teams around Prof. Cellerino, Prof. Englert and PD Dr. Platzer have been honored with the “Thüringer Forschungspreis 2018” for basic research.

“The FLI congratulates Prof. Cellerino to the prestigious award of Leibniz Chair and we are proud to see him associated with our institute for many more years to come”, says Prof. Alfred Nordheim, scientific director of FLI. The title Leibniz Chair is awarded to excellent researchers and reflects the close and successful cooperation of the FLI with the Scuola Normale in Pisa.

Alessandro Cellerino studied Biology at the University of Pisa. In 1995 he obtained his PhD in Neurobiology at the Scuola Normale Superiore in Pisa, Italy. Cellerino has been guest researcher from 2006 and junior group leader in the years 2007-2009 at the Leibniz Institute on Aging – Fritz Lipmann Institute (FLI) in Jena. He has been Assistant Professor for Physiology at the Scuola Normale Superiore, Pisa, Italy, since 2010 (National Habilitation for Full Professor in Physiology 2014) and is group leader of the associated research group “Biology of Aging” at FLI. 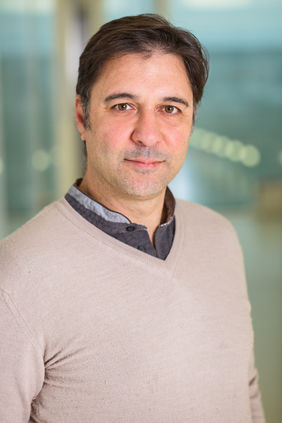