Philadelphia chromosome-negative myeloproliferative neoplasms (MPN) are clonal disorders of aging hematopoietic stem cells and early myeloid progenitors. An activating point mutation (V617F) of the JAK2-kinase is the molecular hallmark of a group of malignant hematological diseases called polycythemia vera (PV), essential thrombocytosis (ET) and myelofibrosis (MF). JAK2V617F-mutated MPN are characterized by clonal proliferation of myeloid clones and a striking inflammatory syndrome which is the clinical hallmark of the disease, in particular in advanced clinical phases.

However, the cellular and molecular basis of the inflammatory response syndrome is only incompletely understood. Currently, therapeutic options in MPN are limited to symptomatic approaches. In order to develop disease-specific therapies it is our interest to understand the molecular mechanisms of the disease. Therefore, we perform comprehensive in vitro and in vivo investigation of the molecular processes leading development and maintenance of the disease and aim to identify potential molecular targets to improve future therapeutic approaches. 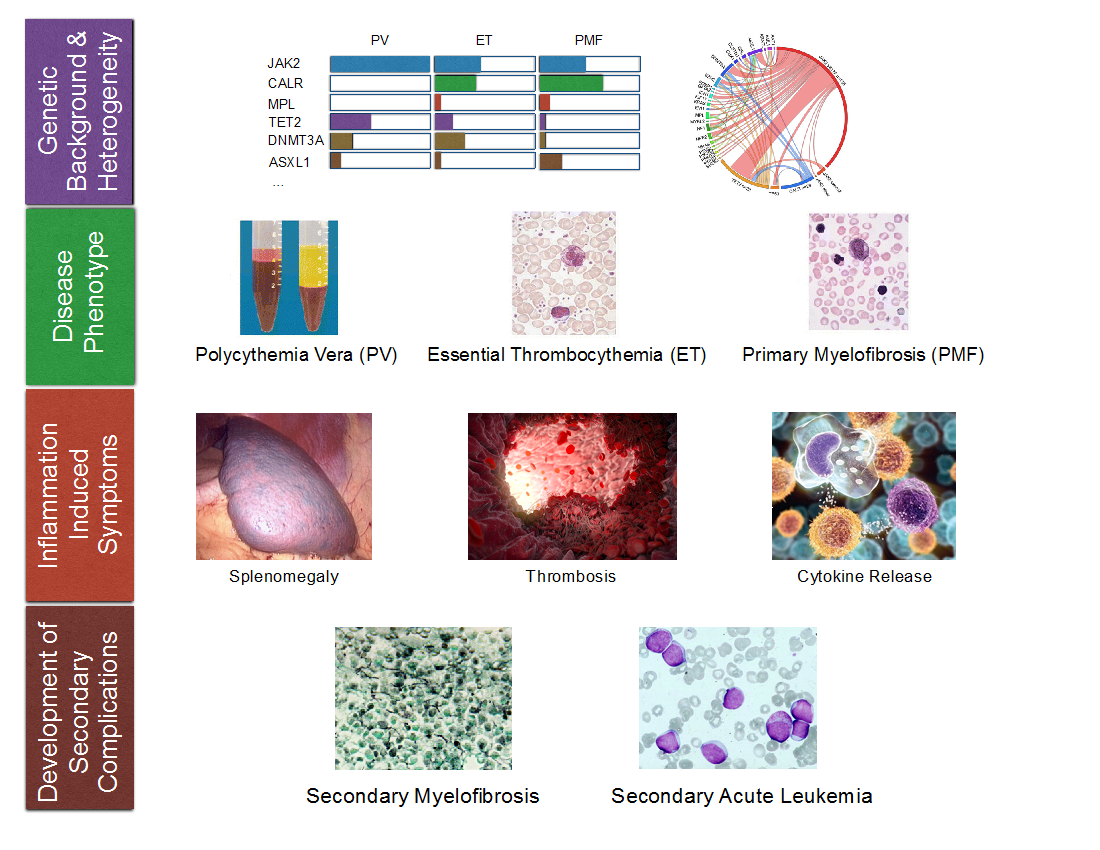 A key characteristic of hematopoietic stem cells (HSC) is the ability to self-renew. Several genes and signaling pathways control the fine balance between self-renewal and differentiation in HSC and potentially also in leukemic stem cells (LSC). Cell fate determinants, such as RNA-binding proteins or polarity regulators have been recently described as effectors in stem cell biology. RNAinterference led to enhanced (Prox1) or decreased (Pard6a, Prkcz, Msi2) repopulation potential in vivo.

Loss of cell polarity influences epithelial cancers and supports tumorigenesis by altering cell-cell-matrix interactions. Additionally, regulation of cell polarity is essential for asymmetric cell division (ACD). ACD is involved in differentiation of the progeny and maintenance of ‘stemness’. Asymmetric cell division is an important part of cell polarity that may have an important impact in both, hematopoiesis and leukemogenesis. ACD regulates the induction and maintenance of polarity during cell division, resulting in the generation of two daughter cells with different genetic properties. As a consequence, the asymmetrically localized proteins often include determinants of cell fate. In regular hematopoiesis, ACD is involved in maintenance of the HSC pool. When a stem cell divides, one daughter cell follows a genetic program inducing proliferation and differentiation, while the second daughter cell stays under a program, inducing quiescence and the capacity for longevity. ACD leads to asymmetric segregation of self-renewal to one daughter cell in HSC. In leukemia development, disturbance of ACD (e.g. by loss of proteins involved in cell polarity) therefore may lead to coinheritance of both, self-renewal and proliferative capacity and thus creating a leukemic transformation. Supporting the hypothesis that leukemia can arise from HSC but also from more differentiated progenitor cells, ACD could enhance proliferative capacity of a pre-leukemic HSC population or conversely enhance self-renewal capacity of more differentiated pre-leukemic GMP. Thus, loss of ACD may alter the balance between expansion of differentiated progenitors and maintenance of HSC, thereby acting as an oncogenic event in leukemogenesis.

Phosphatidylinositol-specific phospholipase C (PLC) belongs to a group of enzymes that catalyze hydrolysis of phosphatidylinositol 4,5-bisphosphate. Through that process, the second messenger molecules inositol 1,4,5-trisphosphate and diacylglycerol are produced. Inositol 1,4,5-trisphosphate then initiates the mobilization of intracellular calcium to increase the intracellular level of free calcium ions, whereas diacylglycerol serves as an endogenous activator of protein kinase C.

PLCgamma1 (PLCg1) is one of two PLCgamma isoforms, that can be activated by receptor and non-receptor tyrosine kinases. PLCg1 acts downstream of several membrane receptors (such as T-cell receptor) and non-membrane bound kinases such as JAK2 or BCR-ABL. We hypothesize that PLCg1 signaling may be crucial for proliferation capacity of hematopoietic stem cells in vitro and in vivo. Therefore, we aim to analyze the relevance of PLCg1-signaling in hematopoietic stem cells (HSC) using shRNA-knockdown technology and genetically engineered mouse models. We aim to determine the influence of PLCg1 on lineage fate decisions, proliferation and repopulation-capacity of hematopoietic stem cells during aging and in development of myeloid neoplasia. 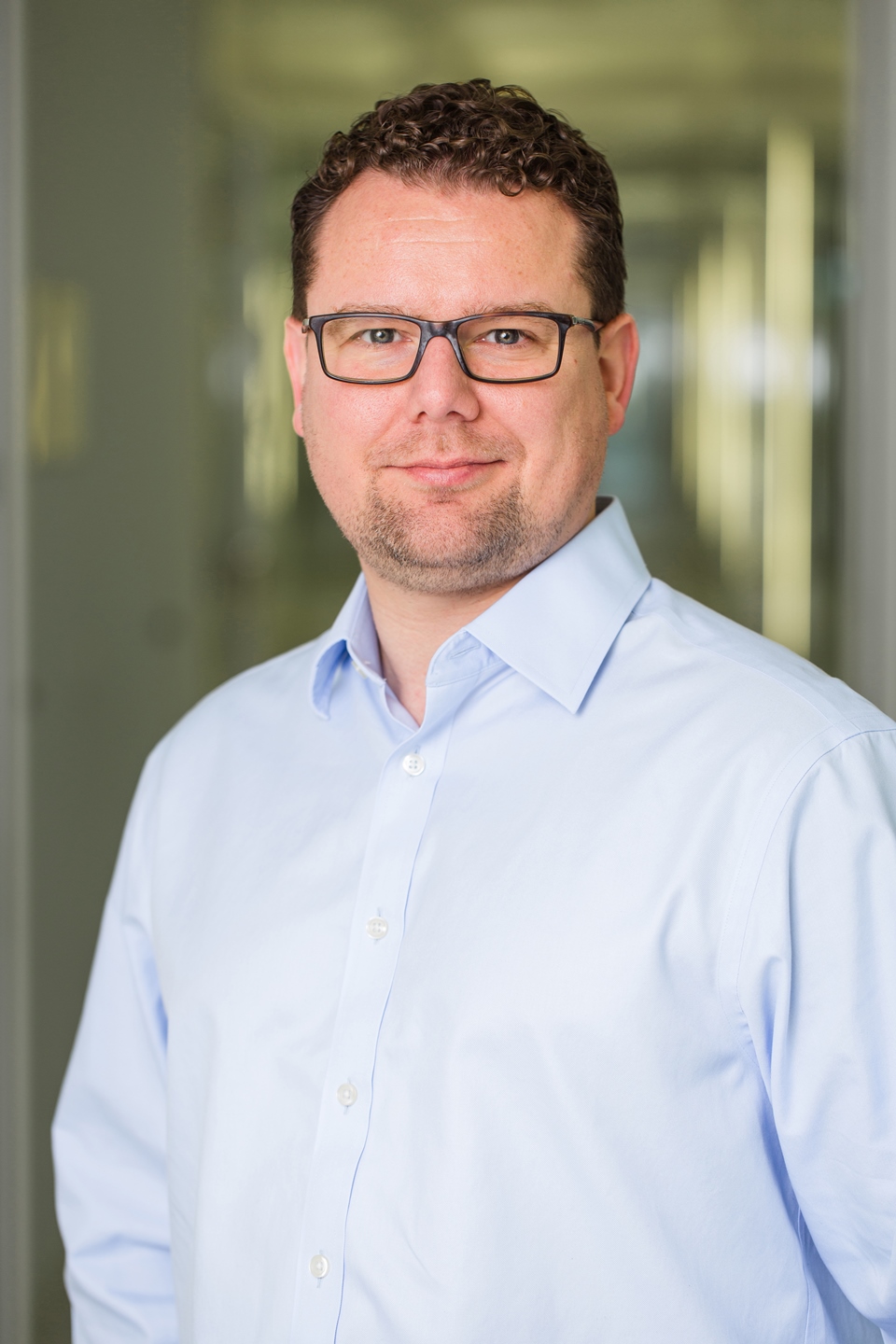